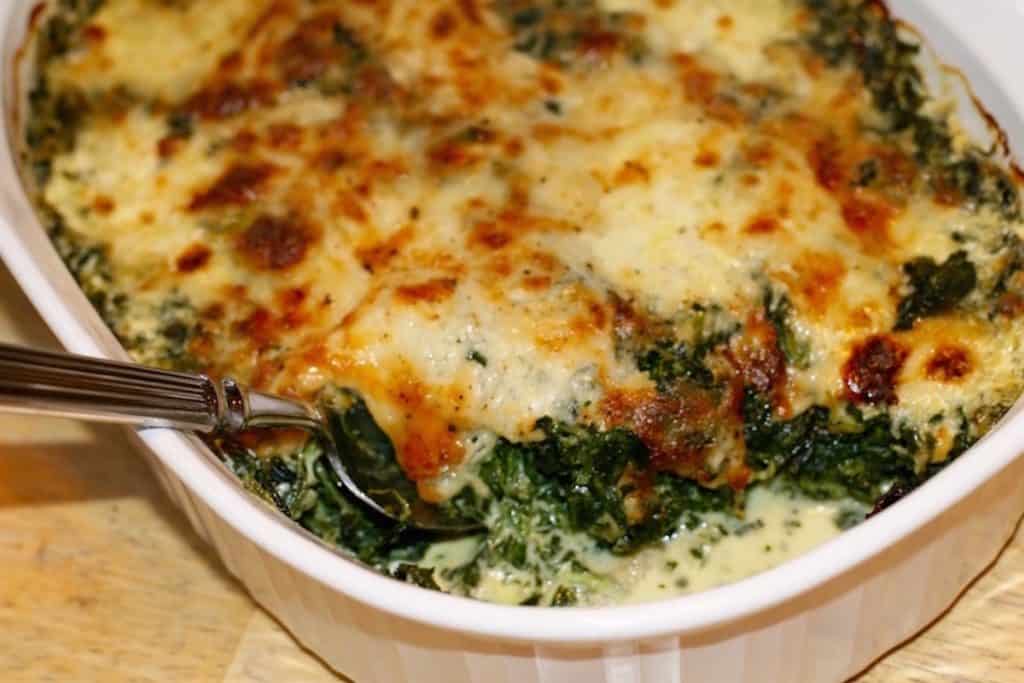 As a child, the idea of willingly eating spinach, in any variation, was absurd. I ate spinach only when my parents made me, or when dessert was promised as a reward. But now, as an adult, I find that I am keeping tabs on restaurants that serve creamed spinach, and I’ve even gotten to the point where I’ve starting ranking them in my mind.

And my favorites are always served in a piping hot dish, straight from the oven, with a bit of melted and bubbly cheese on top. By why keep going out, and not knowing for sure what ingredients were used, when I’m sure I can figure out how to make a decent oven baked creamed spinach at home? Well, I think that question answers itself. 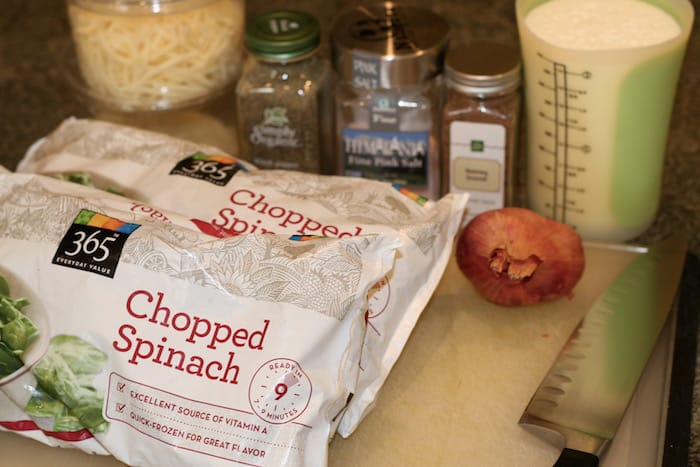 Finding a decent recipe to follow along proved a bit harder than I had imagined. Almost every single oven baked creamed spinach recipe that I found online used flour in the sauce, basically creating a bechamel sauce and then mixing the spinach in. While my family and I don’t necessarily follow a gluten free philosophy, we have certainly made a concerted effort to eat fewer refined grains than we used to, so I wanted to find a recipe that skipped using flour altogether.

I didn’t find one that I liked. So I made one up. This one.

I’ve made enough sauces in my life to know that heavy cream reduces nicely on its own, without any help at all from flour, so why bother? Plus, with a little cheese, I felt pretty confident that the sauce enveloping the spinach would be more than able to hold its own. 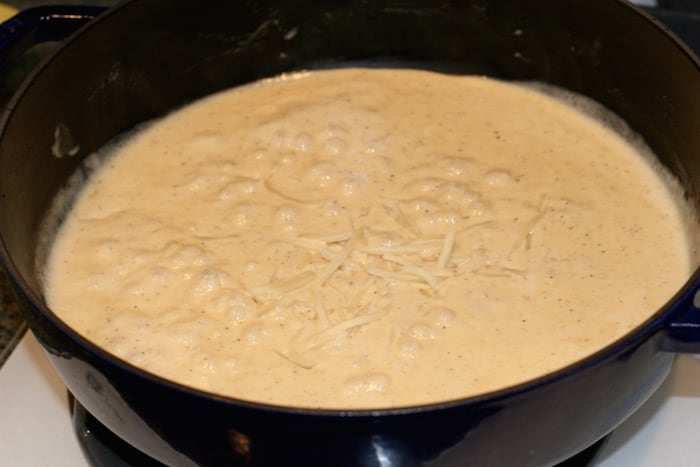 I also saw lots of recipes that called for all sorts of onion, some up to four cups! Yikes, I like onions, but that’s a lot, too much for me. Instead of measuring out onions by the cup, I simply chose to use a shallot or two, depending upon their size. Even if you go with two good sized shallots, you won’t be anywhere near four cups of onions, but it will still be a nice addition to the depth, flavor and texture of the dish. 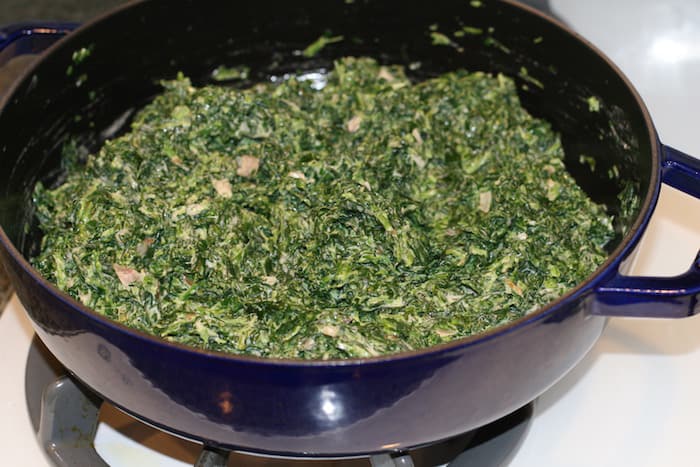 The last addition I made to many of the recipes I found online was the addition of half and half. In one of my potato recipes, the potato gratin recipe not the pan roasted potato recipe, I add half and half to the casserole dish, and pour it until it just comes up to the shredded cheese on top. This seems to help the entire dish stay together nicely when serving, and not fall apart on your plate. It’s also an easy way to make sure your baked creamed spinach doesn’t dry out while it’s in the oven.

One last plus I’ve noticed when using half and half, is that it heats up much better for leftovers than using just heavy cream. Sauces made entirely from heavy cream have a tendency to break when you heat them back up the next day, but not this dish, stick it back in the oven for Day 2 and you should be good to go! 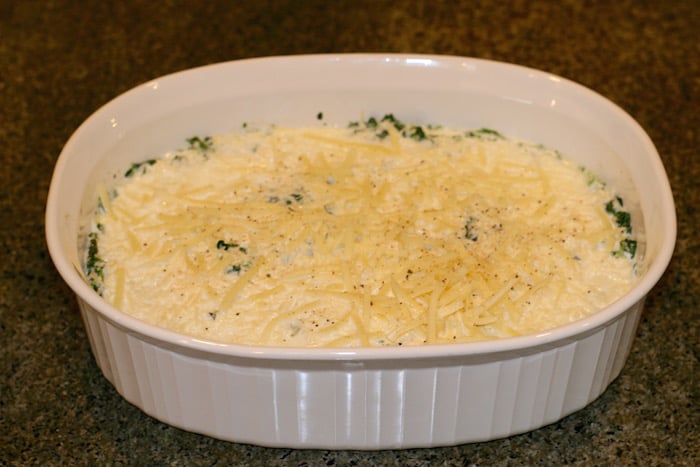 You probably know the disclaimer here… I have no idea how big your servings are, so it’s pretty tough to prepare a nutrition panel for my baked creamed spinach. It’s a pretty rich dish, obviously, with all of the butter, cream and cheese, so my guess is that most people won’t eat a ton of it. I was able to make fill my larger casserole dish with this recipe, so my guess is that this might be about 10 servings, which is what the panel below is based upon. 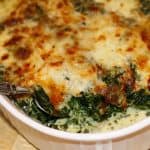