For years, my daughter has insisted that she doesn’t like pulled pork. At all. It’s gross. And for even longer, my son has begged me to make as much as much pork shoulder as humanly possible, so he can keep shoving it down his gullet, because there is no such thing as enough for him. 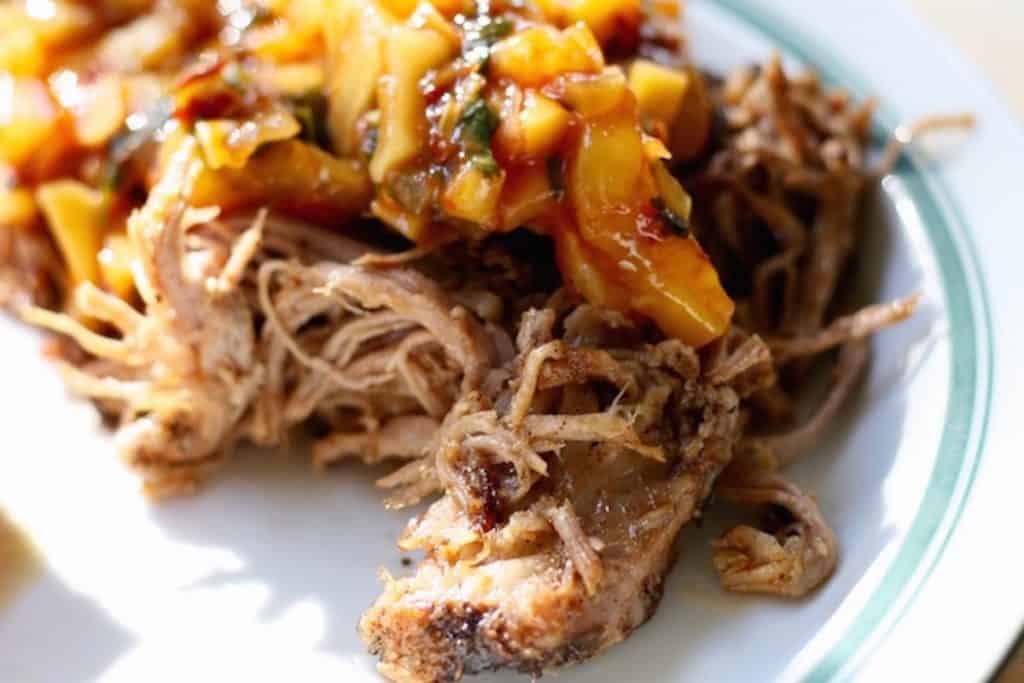 So what’s a dad to do? As I have done in the past, a simple renaming of a dish can go a long way, even with kids smart enough to know what I’m up to.

Trout went from being pushed aside to well received when it was renamed “white salmon.” And the attitude towards turkey was completely reversed when the naming rights changed from “Grandma’s Turkey In A Water Bath” to “Dad’s Roasted Turkey With Crispy Skin!”

So please excuse the title of today’s post, but instead of talking about pulled pork (gross), I will be discussing how to cook pork shoulder in the oven! I toyed with the idea of telling my kids that I would be writing about how to cook a Boston Butt in the oven, but I was afraid that they wouldn’t be able to get past that name, even if appropriate and accurate. 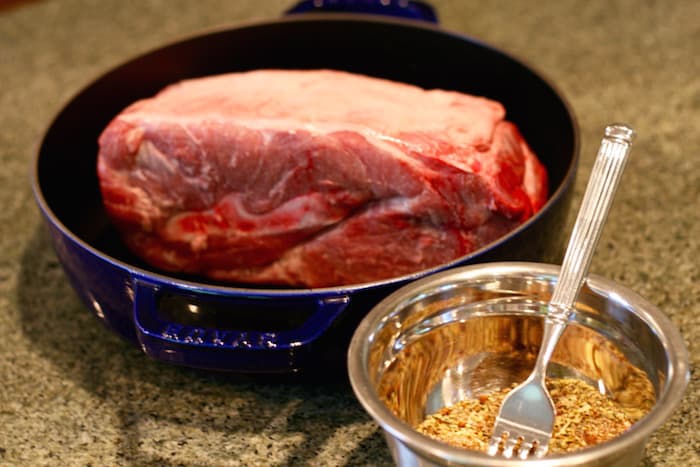 Much like my roast beef post, the focus of this dish is primarily the protein, and then a few other items, most of which I really haven’t given much thought to. So let’s talk about the cut of meat I use for this recipe.

The pork shoulder is another relatively inexpensive cut, sometimes called a Boston Butt, even if you shop at the high end stores like Whole Foods or maybe some of your local gourmet butcher shops. In my neck of the woods, I can find a four or five pound pork shoulder roast for $5.99 a pound, at Whole Foods no less, well under the $15.99 or $16.99 they charge a pound for some of the finer beef steaks they sell, and well under the almost $30 a pound fillet mignons they sell.

Sustainability and respectable living conditions for the animals I eat is a very important consideration when choosing both the stores I shop at as well as the dish I want to prepare for my family. So I find it quite reassuring that Whole Foods, at least the one where I shop, gets a fair percentage of their pork products from Niman Ranch, a well respected farming cooperative with high standards towards their animal products. Plus they have yummy bacon, but that’s a different story.

I’m certainly not suggesting that you should always buy your meat from Whole Foods, I certainly don’t, but I would suggest trying to find a good source that provides antibiotic free options, as well as being free from added hormones. You should also look for animal products that have been raised, and slaughtered, in as humane conditions as possible, and not crowded into abusive and confining farming operations.

For my first go at roasting a pork shoulder in the oven, I started with Michael Chiarello’s recipe at Food Network, making only a few (relatively) minor tweaks. For instance, his recipe starts with a 6 pound roast, which was significantly larger than the pork shoulder I had in my fridge. Then I cut back on the salt that he called for, as well as the chili pepper, as I didn’t want to overwhelm my daughter and never get another chance to convince her that she really does like pulled pork!

Also, I changed a few of his recommended spices around, simply because I didn’t have them in my kitchen. But it really doesn’t matter, grab a bunch of your favorite spices and a pork shoulder, and it’s pretty hard to go wrong!

As far as the actual cooking process, there really isn’t much to discuss. I choose to use the oven for simplicity’s sake, and while I know that I will receive a fair amount of abuse for this decision, I’m sticking by it! First, it’s super easy and allows me to have a full day of work and activities without having to tend to a fire, and second, it tastes good enough that many guests have no idea I never ever fired up a smoker for this pork shoulder recipe!

So it comes down to this… spice the pork up, sling it into the oven around 10:00 in the morning, or even earlier for a larger roast, and then simply let it bake until 5:30 or 6:00, and it will simply fall of the bone and taste delicious for you! As an added bonus, your kids will thank you! 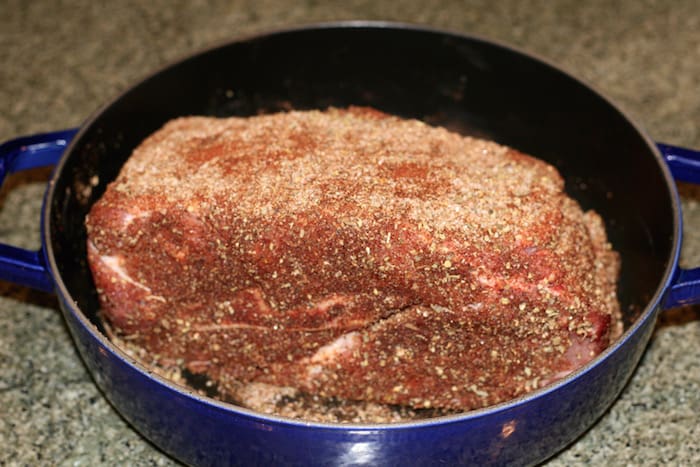 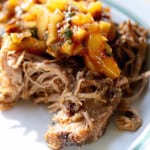 How To Cook Pork Shoulder In The Oven 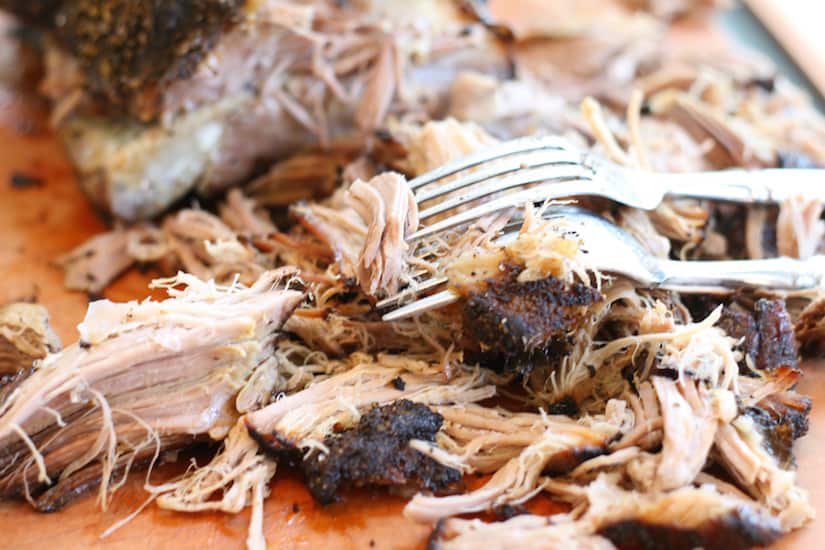 I know that I make a lot of excuses for myself when I present these nutrition panel, but without some context, they are close to useless, you need to know how I actually came up with these numbers for them to be of much use for you. In this case, I assumed that I bought a 4 lb roast, and after cooking and removing the shoulder bone, was left with a little over 3 pounds of pork. If we then split that pork shoulder 10 ways, that means each serving is about 5 ounces, which is what I entered into my nutrition calculator. So if your serving is about 5 ounces, this should be helpful, but if you really load your plate up, it might be time to bump some of these numbers up! 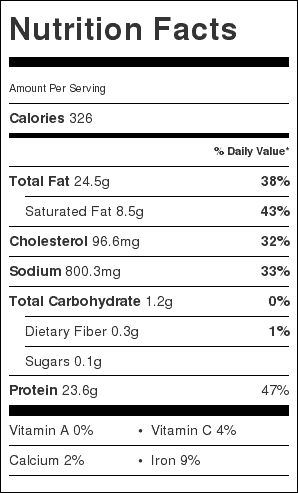 Have pipes, will travel... woohoo, back in the stu

So this was fun... a little self experimentation w