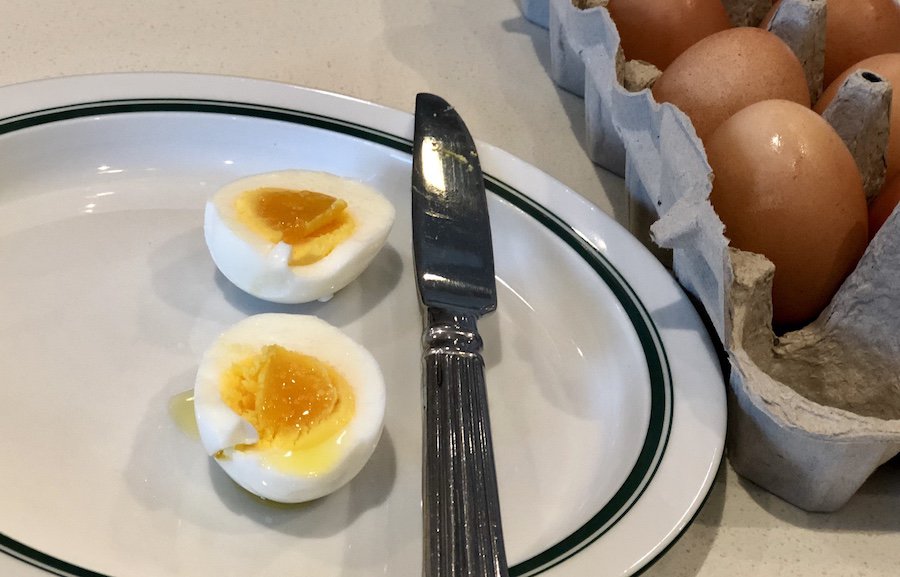 But please remember that my main goal with this website is to document my own recipes, what I cook for friends and family in real life, and not some glorified showcase of dishes that look great, but that I never actually take the time to put together.

And since I frequently eat boiled eggs, I guess it’s about time I write this blog post. Also, when my children get a little older, and finish college, and move into their own apartment, I am certain that at least one of them will be calling home to ask about hard and soft boiled eggs. So I’m just beating them to it, they can Google it, and find their dad! 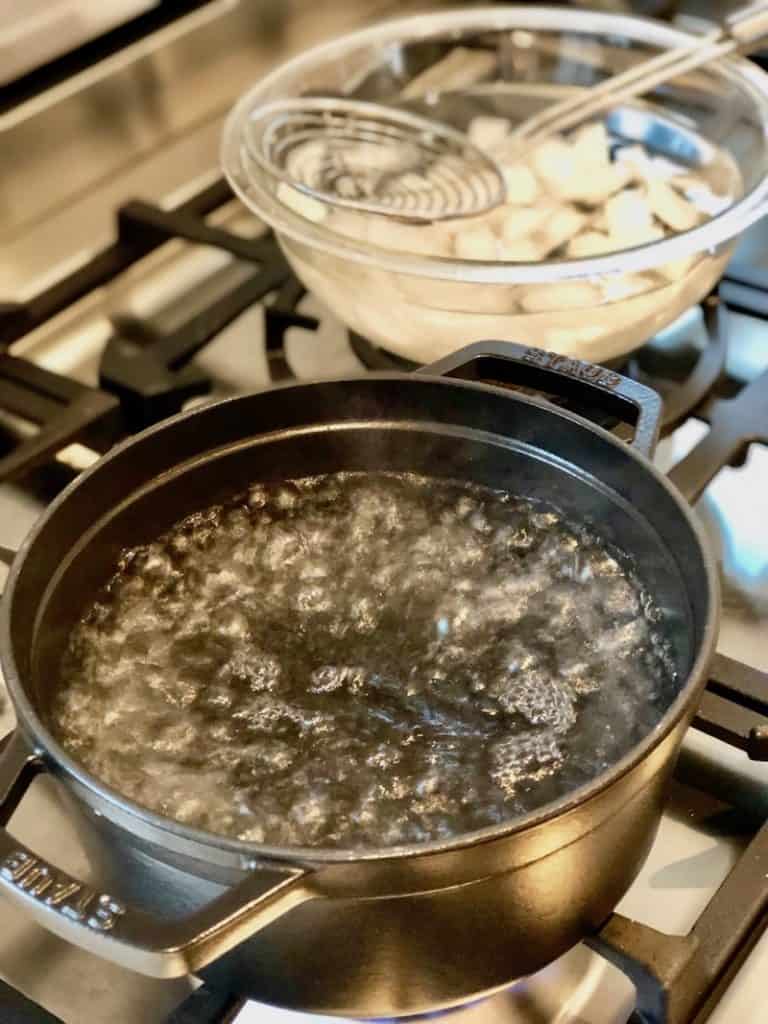 Boiling eggs is very straightforward, with the trickiest part calibrating your desired doneness, how hard vs how soft. Once you dial that in, you are set!

But first, a few questions: Do you always cook the same number of eggs? Do you start with the same temperature water? Do you use the same burner on your stove each time? And do you set a timer, or just wing it?

So what’s my process? I use a small cast iron pot, only because it’s my smallest pot that is deep enough to hold a dozen eggs.

I fill my pot halfway with water, which will be deep enough to cover all the eggs when they’re added (which isn’t yet!), and then place the pot on my largest burner, and turn on with a med-high flame, until I get a solid boil. Once it starts boiling, I add one tablespoon Kosher salt plus one tablespoon apple cider vinegar, which I’ll explain below.

Let the water come back to a full rolling boil and add your eggs. I do not cover my pot, I just let it boil, but once I add the eggs, I set my timer go for 10 minutes, which will result in something part way in between a soft boiled and hard boiled egg. A little less time, and your eggs will be softer, and a little longer, and they will be dryer and harder boiled.

While the eggs are sitting in the boiling water and my timer is running down, I grab a large bowl and dump a good amount of ice into it, along with water, to create a ice bath for the eggs once my timer goes off. This bath will cool your eggs down and stop them from cooking even more.

And if you get that green color on your yolk when you boil eggs? That’s a sure sign that you boiled it too long.

Ok, why start with boiling water? And why add salt and vinegar? First, many people suggest that you start your eggs in cold water and then bring it up to a boil before starting your timer and pulling the eggs out. I have found that this can result in delicious eggs that can be hard to peel. See above left.

I would rather have delicious eggs that are easy to peel. And the major reason that egg whites stick to the shells of hard boiled eggs has something to do with heated proteins getting sticky. It’s science, so I can follow it only so far, but if true, then we want to minimize the amount of time that the eggs are hot. So starting them and finishing them in boiling water results in less time in hot water than bringing them up to temperature and then boiling them.

Which brings us to salt… adding salt will allow the water to actually reach higher temperatures while boiling. Much as adding salt lowers the freezing point of snow and ice, which is why we salt the roads in the winter, it will also raise the boiling point, which means we can cook our eggs at a higher temperature than if we didn’t add the salt, which results in less cooking time, which results in less sticky egg white proteins.

And lastly, the vinegar. Is it necessary? I don’t really know, I haven’t tried boiling my eggs yet without it, because it worked so well the first time I tried it that I haven’t gone back and experimented yet leaving the vinegar out. The theory is that the acid in the vinegar will make the shells softer, making them easier to peel, OR it actively changes the ph level of the water, and weakens the bond between the shell and the egg whites.

One more thought about perfect hard boiled eggs that are easy to peel… Rumor has it that the fresher the eggs, the more difficult they will be to peel after boiling. But I’m not interested in using old eggs, I like the idea of fresh, so I find the extra steps of adding salt and vinegar are well worth the minimal time investment, especially considering that allows me to use fresher eggs and not three week old eggs, as I’ve seen some websites recommend, no thanks. 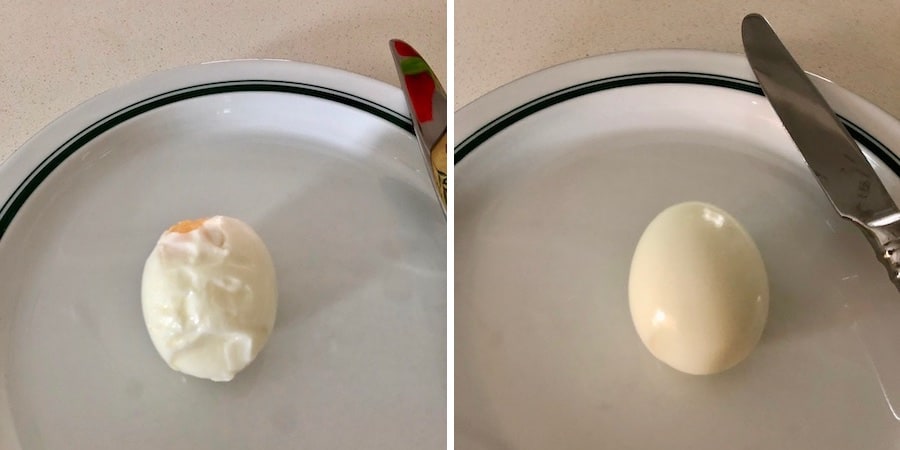 Having said all of that, which was a lot, I still seem to have some difficulty with shells sticking to my eggs ONLY when using farm fresh eggs that have recently been purchased at a Farmers Market. And even then, though this is a fairly small sample size, it seems to be worse if I try to peel the eggs right out of the ice bath.

If I can make myself wait one whole day between boiling eggs from the Farmers Market and eating them, they seem to peel pretty well. It seems that there is something about sitting in the fridge for a day that helps the proteins release from the shell.

Next up… sous vide eggs!

Throwback to when we used to have 20-30 people ove

Low tight bowls are tough for me, even my grandmot

I made some twisty cane this week, with an extra b

Every time I make a glass piece with cane (stripes