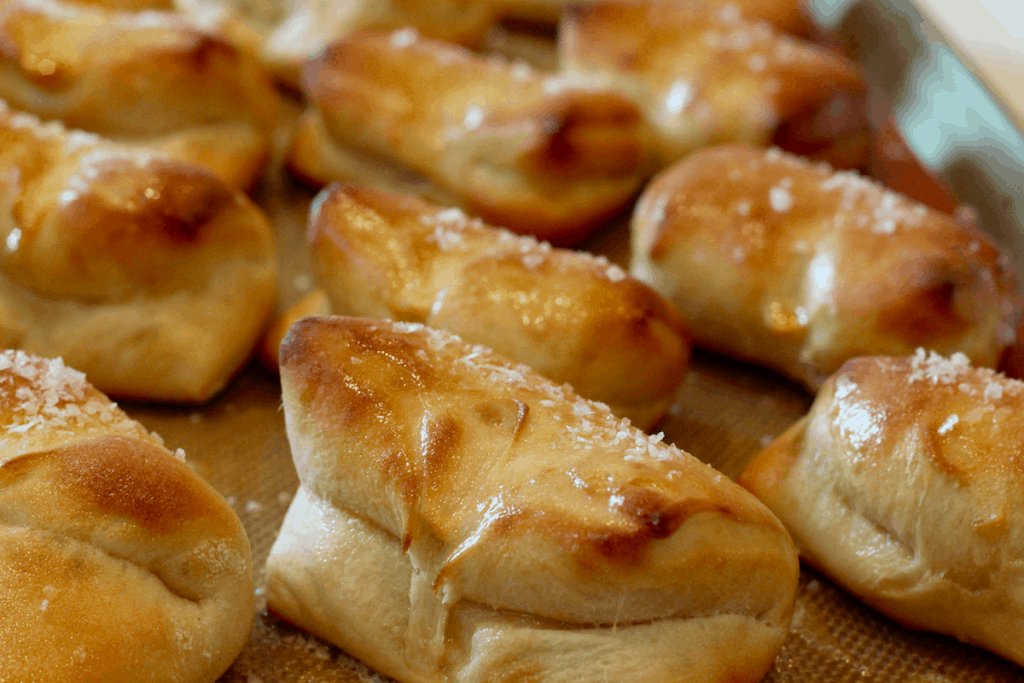 mmmm… bread. Warm bread. Fresh from the oven… There’s not much better, in my book at least, as fresh bread coming straight out of the oven, eaten with a little butter or olive oil.

There are at least two major problems with this scenario for me. First, most cooks and recipes require (request?) you to wait for the bread to cool before eating, to let it develop it’s full flavor. And second, we don’t eat a lot of carbs here, which means baking bread made with all purpose flour is an extreme rarity! 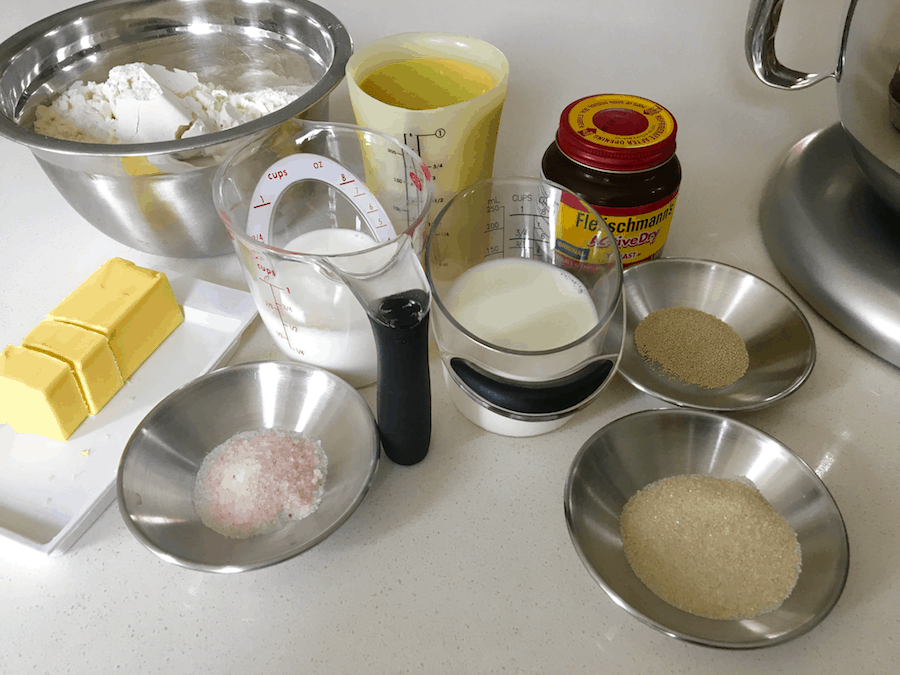 But I have a rejoinder or rebuttal to those rules and guidelines. First, I don’t care what other people say, warm bread out of the oven served with butter is the best. Much better in my book than waiting an hour and then eating room temperature bread. Not even close. Again, just one man’s opinion.

And to those of you who are looking to eat less flour and wheat, I get it, this recipe is awful! Don’t make these Parker House Rolls, or any bread for that matter, these are super carb dense, not what you are looking for.

Another option is to eat these rolls sparingly, which is my approach. Over the past 5-10 years, I have really cleaned up my diet, but I’ve never gotten to the point where I am thrilled day in and day out with low carb or low processed food eating. I really like my sweets… and bread too! 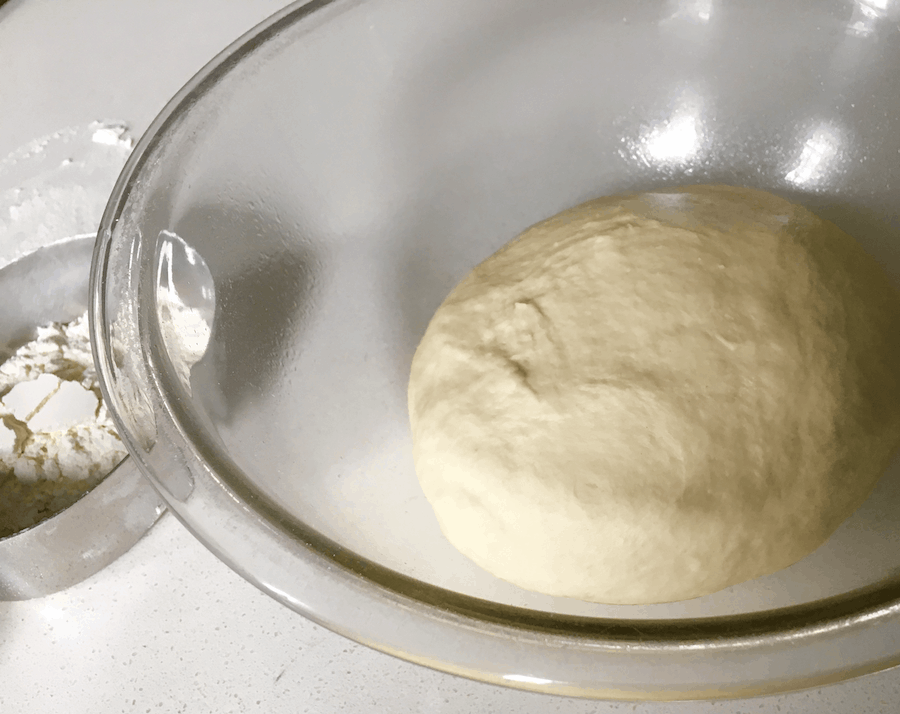 Which is why I’ve settled on, for now at least, a daily diet that pretty closely resembles Tim Ferriss’ slow carb diet, which roughly means you eat nice and clean for six days a week, ideally losing weight and fat along the way, and then on the 7th day, usually Saturday for most people, you get to eat whatever you want.

To learn more about my approach to this diet style, you can read my post here, but what it means for me is that Saturday is carbs day. And every once in awhile, on a special Saturday, I’ll still make bread. This recipe for Parker House Rolls is pretty rock solid and a sure winner, and ever since I tried it out with my family for the first time last fall, it’s my go-to dinner roll recipe!

I found the foundation of my Parker House Rolls recipe at the Panna Cooking website, but made a few changes, as I often do. The biggest change I made was simply the quantity of ingredients and how much bread it actually made. I cut it almost in half! Their approach was to make a large batch of dough and using a biscuit cutter, carve out as many rolls as you could, which still left a lot of dough on the counter, unused. You could then roll the left over dough back out, and take another approach at it, and shape up some more rolls, but at this point, you’d already have 20-30 rolls!

In the name of simplicity, I made a smaller batch of dough, rolled it out into something approaching a rectangle, and then attempted, using a knife or dough scraper, to cut the dough into 12 “equal” pieces, with nothing left over. 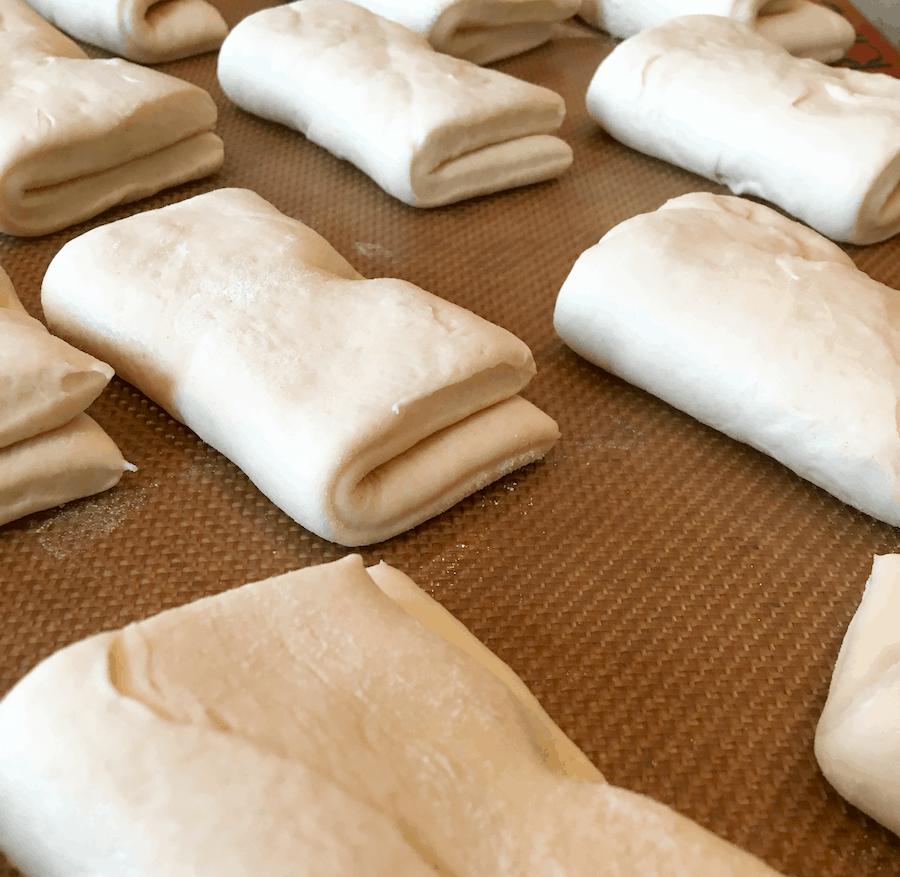 I know this entire post is about bread, and rolls, and basically the major food group that I have been warned to avoid at all costs, at all times. But even when I allow myself to cheat, and eat refined carbs in moderation, I still prefer to think my way through a recipe. No need to make it any worse than it needs to be.

But lucky for me, there really aren’t too many variables to think about in this recipe. First up is the flour. Whole wheat vs white flour? It’s cheat day, so not much debate in my mind. But at the very least, I will make sure to use unbleached and non-bromated flour, organic if possible.

For both the milk and buttermilk, I would normally choose the full fat options, minimally processed if possible. But more often than not, if I’m shopping at a “regular” grocery store, finding buttermilk that isn’t either low-fat or fat-free is pretty difficult. So… I hold my nose, feel guilty about my actions, and buy the low-fat buttermilk, because that is often all I can find, and then pat myself on the back when I buy the full fat, low temperature pasteurized full fat milk.

After settling on your ingredients, there really isn’t too much to this recipe. If you have a stand mixer and a few hours, you should be on your way!

Assuming you are a whiz at dividing this dough recipe in twelve equal pieces, this nutrition panel should prove quite accurate. But… if you’re more like me, and some rolls end up a little bigger, or smaller, than others, then it helps to think of this information more as a guide than a statement of fact. One important factor to keep in mind when looking at the caloric load for each roll is that I used the low-fat buttermilk option here. If you opt for “real” buttermilk, the full fat option, you will be eating more calories than the panel below would indicate. 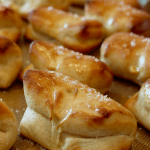